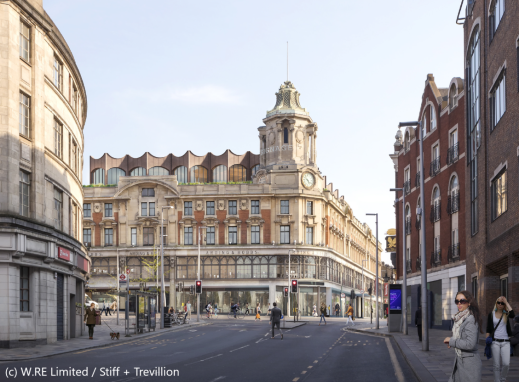 My Programme for October

Last month I asked, “Can you place (and approximately date) this picture?”

Half a dozen of you got this right. (The first was Kimberley,

so congratulations.) It is, of course, the Culvert Road underpass from the south-side. I guess the houses on the left confused people as they have now been replaced by corrugated iron and sheds. But I remember in the late 60s that there were terraced houses on both sides of the road, which can also be reached by a footbridge over the tracks from the Shaftesbury Estate. One can imagine, given the gloved appearance of these two lads, the presence of a referee, in a measured and drawn ring, and the attendant crowd, right just what a tight, little community it made. I would date the picture in the mid-fifties.

Almost everyone reading this newsletter has passed the impressive building picture here many times. Where and what is it?

PS Thanks to my Tory readership, who have reminded me that Edward Lister has decided to take the name Lord Wandsworth.

Labour Councillor for Latchmere Ward, London Borough of Wandsworth Ever hopeful Spurs supporter; first Lane visit 1948 Olympics Once understood IT but no longer
View all posts by Tony Belton »
« Previous post
Next post »